Lung cancer is the most common cancer-related cause of death in the United States. More than 200,000 new cases are diagnosed every year. The experienced team at Rockland Thoracic & Vascular Associates uses state-of-the-art diagnostics, including electromagnetic navigation bronchoscopy to identify lung cancer at the earliest stage possible. They also do minimally invasive video-assisted thoracoscopic surgery (VATS) for lung cancer. The practice has offices in Washington Heights, Manhattan, in New York City; Pomona, Goshen, and Fishkill, New York; and Englewood, New Jersey. Call your nearest office today or book an appointment online.

What is lung cancer? 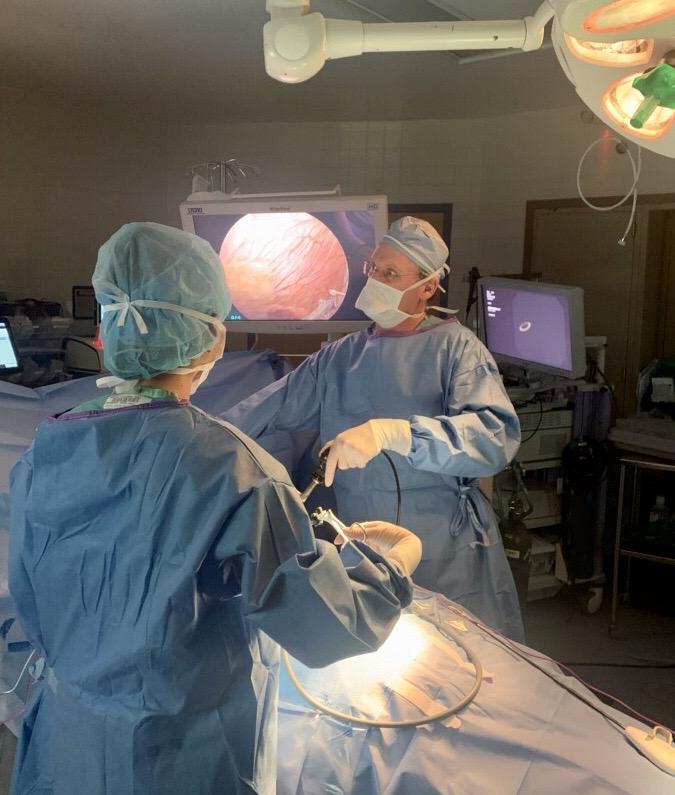 Lung cancer is a disease that develops when there’s an overgrowth of cells in your lung.

Your chances of survival if you have lung cancer depend on how advanced the disease is when it’s discovered.

What types of lung cancer are there?

The less common category of lung cancer is small cell lung cancer. It usually grows more rapidly than NSCLC and is more likely to spread to other parts of your body. The most significant risk factor for lung cancer is smoking, although nonsmokers can develop small cell lung cancer. Your risk of getting lung cancer increases if you suffer exposure to substances like:

You’re also more likely to get lung cancer if other members of your family have had the disease.

What are the symptoms of lung cancer?

Symptoms of lung cancer include:

How is lung cancer treated?

The treatment you receive for lung cancer depends on how advanced your cancer is. Nonsurgical treatments include chemotherapy and radiation therapy, which can be combined with surgery or used on their own.

The Rockland Thoracic & Vascular Associates team has considerable expertise in doing lung cancer surgery. Surgery to remove the diseased part of a lung is called a lung resection, and it offers the best chance of curing lung cancer if it's done at an early stage.

The team uses minimally invasive video-assisted thoracoscopic surgery (VATS) where possible to do a lobectomy. Larger tumors might require thoracotomy (large-incision open surgery) or pneumonectomy (removal of a complete lung), but your surgeon will discuss this with you at your consultation.

To schedule an appointment, call Rockland Thoracic & Vascular Associates today or use the online booking form.